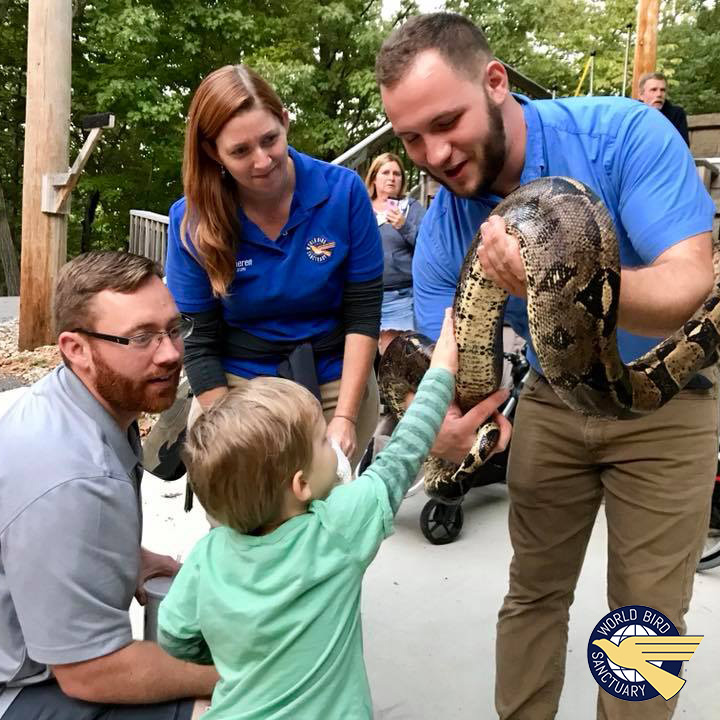 Discover what events, experiences and updates are happening at World Bird Sanctuary. Follow our monthly initiatives and make a contribution to help the sanctuary grow! 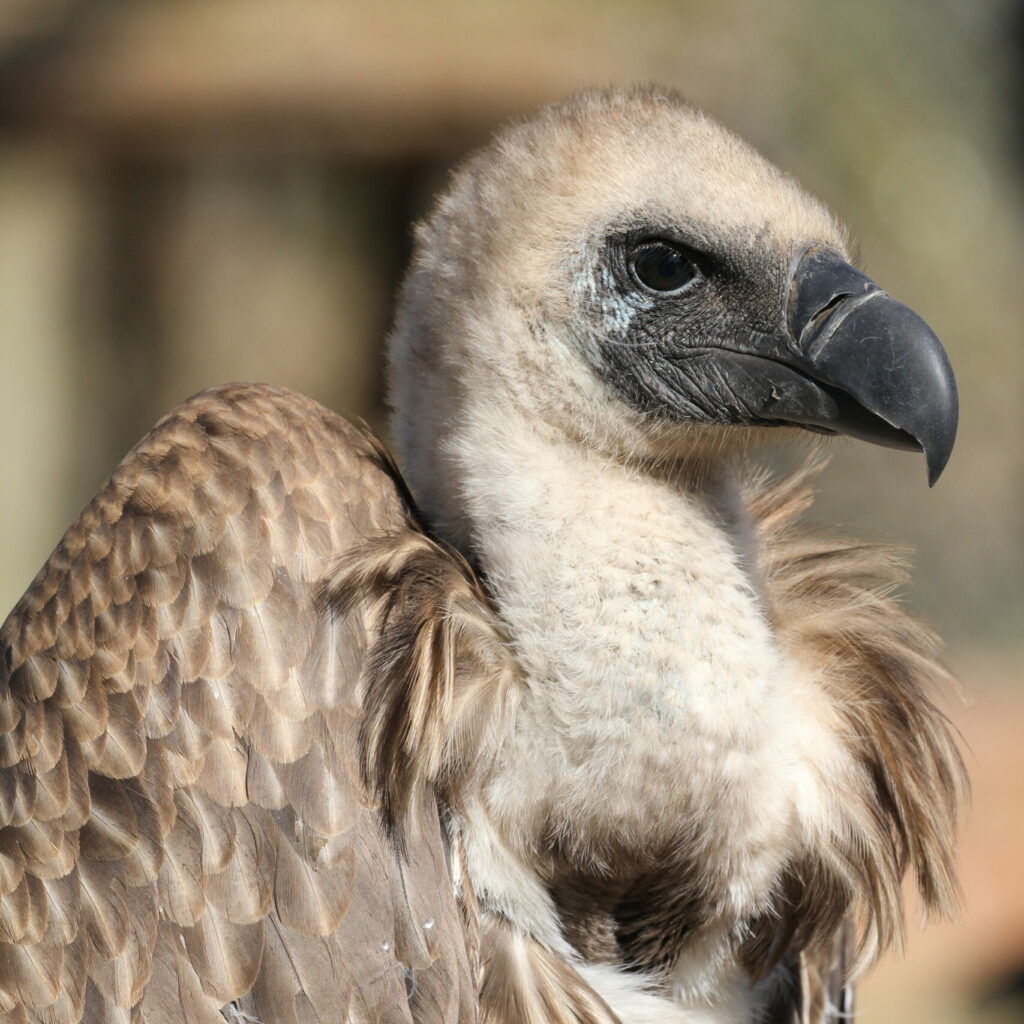 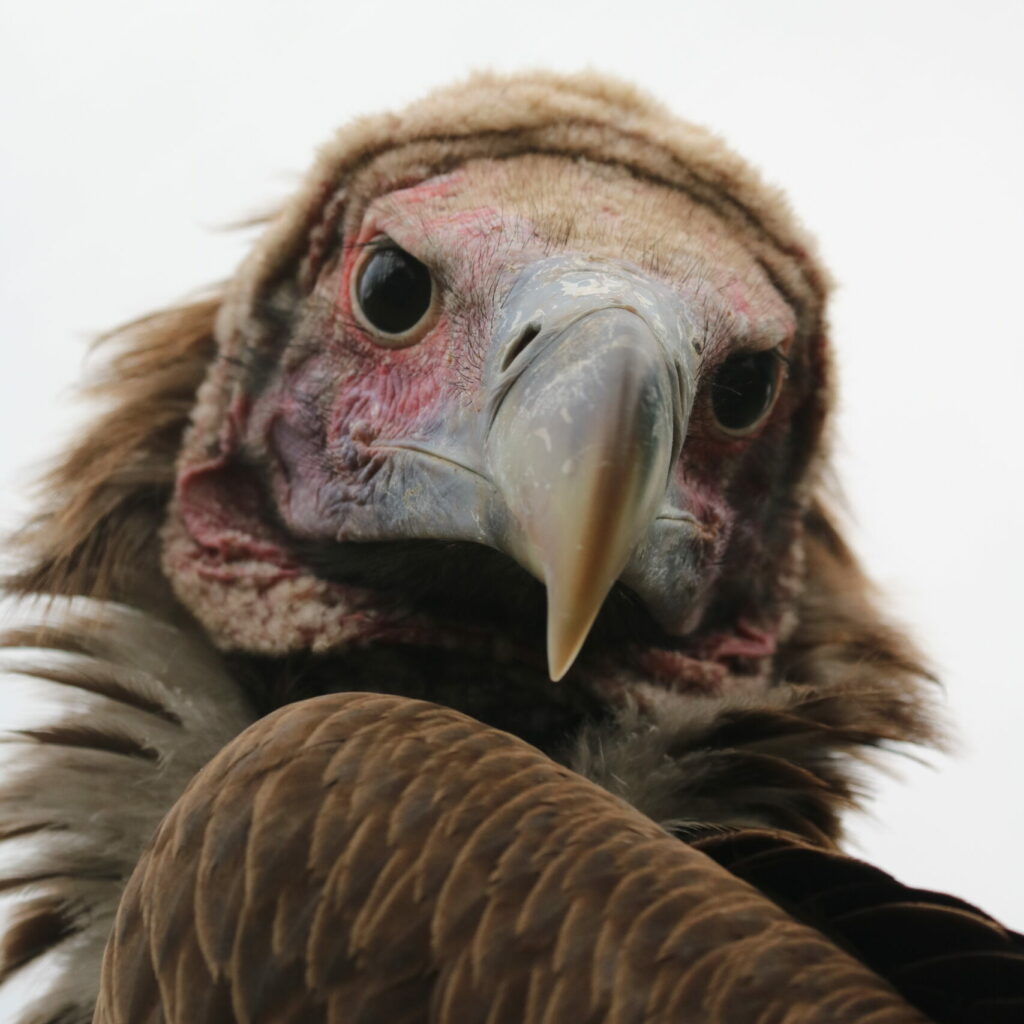 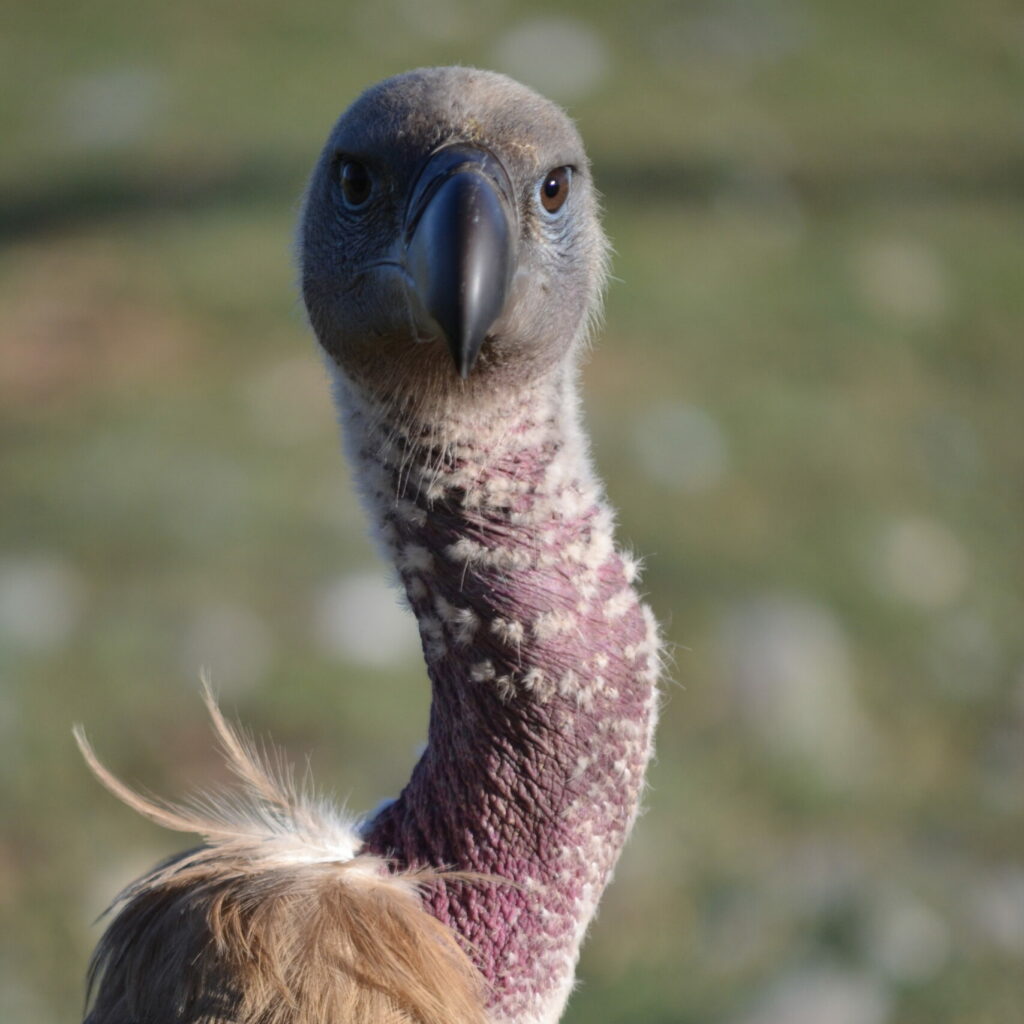 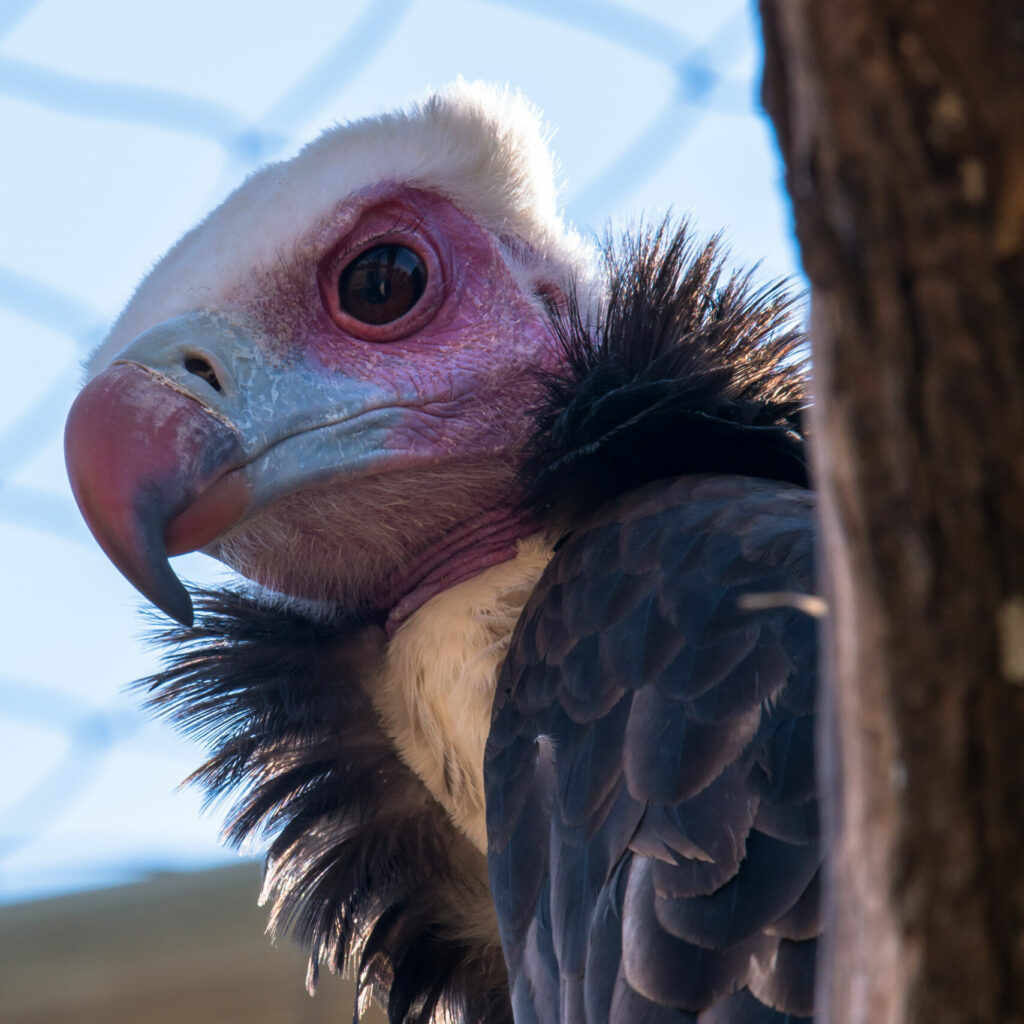 World Bird Sanctuary’s conservation efforts revolve strongly around ex situ breeding of endangered species, a talent for which the sanctuary is well known within conservation circles. Beginning with bald eagles, peregrine falcons, and American barn owls, WBS has bred and released over 1,200 birds into the wild to strengthen weakened populations, contributing to the change of their International Union for the Conservation of Nature’s (IUCN) Red List status from endangered to stable.

Our newest focus for ex situ breeding is the critical situation that the world’s vulture species currently face. With the majority of African and Eurasian vultures classified by the IUCN as “Endangered” or “Critically Endangered”, we are running out of time to save them. Therefore, WBS is gearing up to first, offer these birds safe sanctuary, and second, to breed them to create sustainable populations. We have announced a future-altering partnership for African vultures between World Bird Sanctuary and VulPro of South Africa. By joining forces, we believe that we can give these birds a fighting chance of survival as their native ecosystems struggle to adapt to the ever-changing world.

VulPro has worked to save vulture species since 2007 and is internationally recognized as leaders in the field of vulture conservation. Through their adaptive management and multifaceted approach, encompassing in-situ and ex-situ conservation practices, VulPro has spearheaded vulture conservation not only in South Africa, but Africa as a whole with global-positive implications being reached. One prime example was VulPro’s vital contribution in the research leading to the banning of diclofenac in Asia which was the lead cause resulting in the catastrophic Asian Vulture Crisis. Further to this, VulPro together with project partners spearheaded the research in proving the first only known safe NSAID drug available for the treatment and exposure to vultures, known as Meloxicam. VulPro has since grown in recognition for its world class rehabilitation efforts whereby over 1000 African vultures have come through the doors and 60% have been successfully released, with a 75% survival rate. Furthermore, VulPro started captive breeding for population restoration programs in 2015 and has become the leaders in the captive breeding of African vultures with releasing over 70 Cape vultures into the wild and a further handful of African white-backed vultures, a first for the species. VulPro continues to grow its breeding efforts and has now added a total of 5 African vulture species to its breeding program, many still in their infancy but in time, successes will be reached.

The strong similarities between VulPro and WBS make this partnership a perfect fit, as together, with equal dedication and commitment to the cause, we have a fighting chance in preventing the extinction of African vulture species. VulPro CEO Kerri Wolter and World Bird Sanctuary CEO Dawn Griffard are excited and hopeful about what this new partnership will mean for a brighter future for Africa’s vultures. 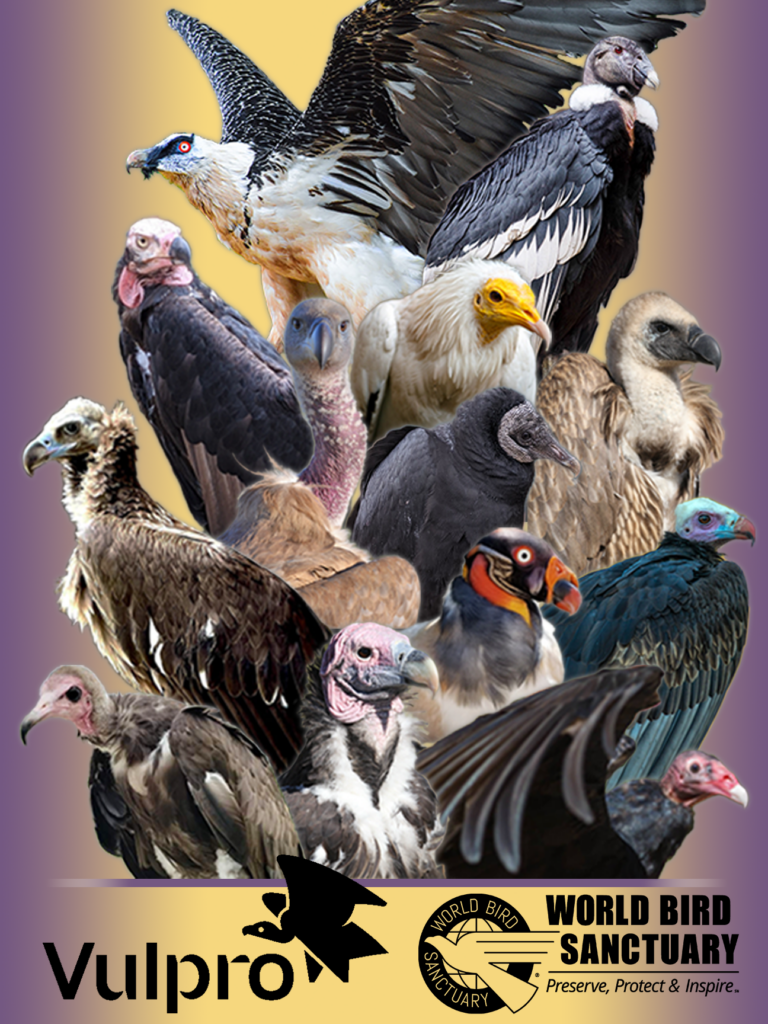 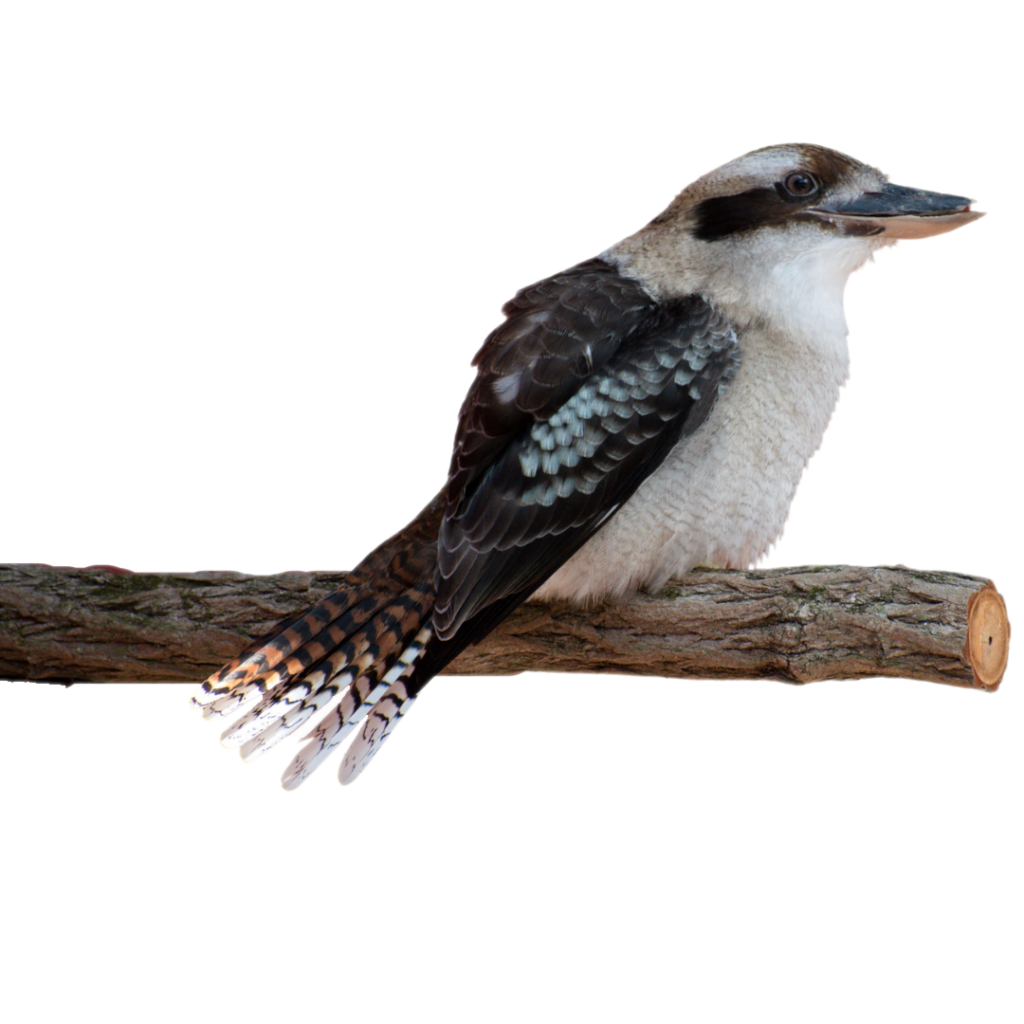 Learn more about this month’s initiative 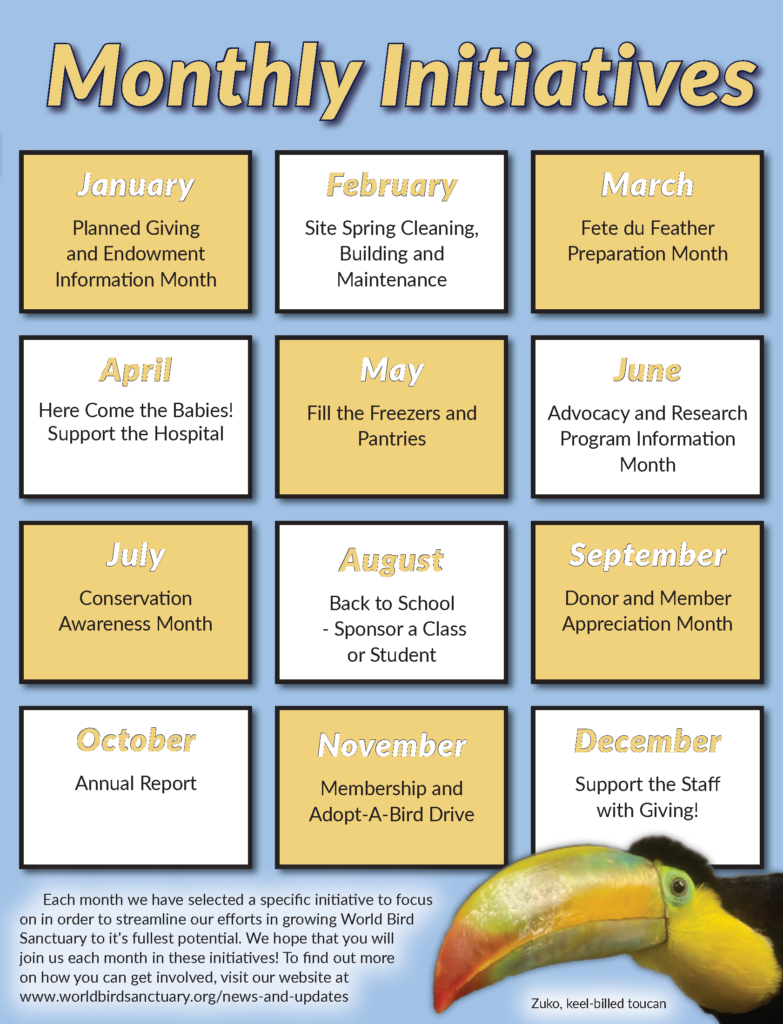 Stay up to date on the latest Sanctuary happenings, events and special offers!